PwC report calls for greater inclusion of people with disabilities


People with disabilities face a number of barriers to employment, including societal biases, environmental barriers, institutional discrimination and lack of training opportunities. However, according to a new report, if working from home from Covid-19 presented an additional challenge for the inclusion of people with disabilities, it could also be an opportunity for employers to engage them better in the future.

In recent years, GCC countries have introduced a range of policies to better support citizens with disabilities – recognizing the need to improve educational and social outcomes. Yet, although progress has been made, most of the evidence suggests that there are still a number of barriers in the region when it comes to involving people with disabilities in the workplace, including a poor awareness, diagnostic gaps to detect and classify disabilities, and a lack of supporting infrastructure.

Now, a new report from PwC examining the situation has found that while the current coronavirus pandemic presents a number of stumbling blocks for diversity and inclusion efforts in the GCC, it also offers a chance to better tailor the world of work to the needs of people. disabled.

PwC’s Middle East team research indicates that people with disabilities are an underrated resource – and with the right policy framework and enabling environment, they could be key contributors to their country’s wealth, while suggesting that the current shift to remote work may end. reduce some of the barriers that limit their participation in the labor market – but only if combined with a focus on skills development.

The most recent figures show that the number of people with disabilities in GCC countries ranges from 4.37% of the population in Saudi Arabia to between 1% and 3% for other Member States – however, there is a lack of concrete and consistent data showing the true scale of disabilities in the CCG. According to UN estimates, the neglected group represents around 15% of the world’s population, so the number in the GCC is likely higher than currently thought.

Regardless of the actual number of people with disabilities in the GCC, it is clear that they face serious challenges in the labor market. Again, the UN estimates that more than half of working-age people with disabilities in industrialized countries are unemployed, with the figure rising to between 80% and 90% in developing countries. In addition, disabled women of working age are doubly disadvantaged in the labor market, as they face discrimination on the basis of their gender and disability. 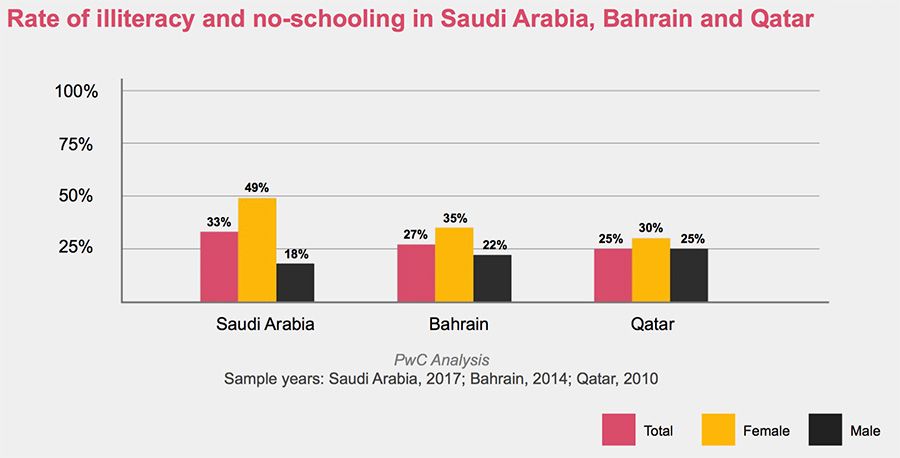 A workforce opportunity
With this in mind, as working from home is increasingly introduced into the long-term business model of many companies, there is a chance for GCC companies to tap into this important source of labor. and underutilized, while bypassing some of the environmental barriers. it might have prevented them from doing it before. This, however, remains easier said than done, as governments and businesses will need to offer support to educate and include staff with disabilities working from home.

Right now, there is a critical need to help the GCC disability community access life changing skills that may lead them to enter the workforce. In Saudi Arabia, Bahrain and Qatar, PwC found that the illiteracy and out-of-school rate was over a quarter among people with disabilities – and was highest in Saudi Arabia, where it reached nearly a third.

Women are particularly disadvantaged in all three countries, but they suffer yet again in Saudi Arabia, where nearly half of all women with disabilities have no schooling and are illiterate.

Randa Bahsoun, Partner at PwC Middle East, said: “GCC countries are well positioned to harness technology to transform their labor markets while improving access for people with disabilities and serving as models of good practice for other governments. “ 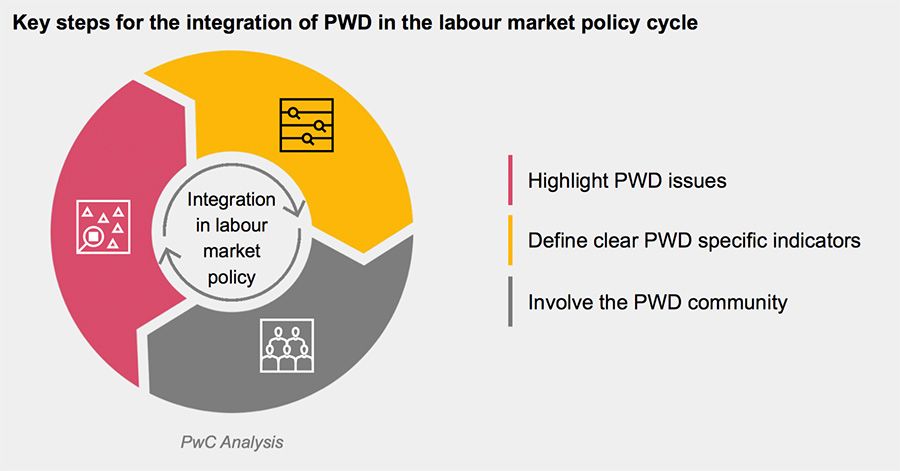 For this approach to be successful, Bahsoun said “Leaders, policymakers, educators and stakeholders from the public, private and not-for-profit sectors should collaborate to institutionalize an inclusive ecosystem for people with disabilities, where they can be active and productive while ensuring their voices are heard along the way.

Through the report, PwC Middle East has defined a concrete data-centric, people-centric and cyclical framework to support the sustainable integration of people with disabilities into the workforce. This framework centers on three key enablers. First, governments need to invest in building the capacity of national statistical offices to better understand who needs help.

This data should then be harnessed through multi-stakeholder and cross-sector partnerships to help governments engage the disability community. Finally, new policies and initiatives will need to be developed to support people with disabilities in all demographic groups and regardless of their level of disability.